The library in Monheim am Rhein is a municipal cultural institution. Besides the classic medium of books, there are many other information carriers that bridge the gap between the printed word and the wide range of multi-media formats. Since the introduction of the Monheim Pass, the annual library fee and the fees for renting films and console games have been abolished.

The library has around 45,000 media items on an area measuring1,000 m2. They are a magnet for citizens of all ages. Digital services are constantly attracting new groups of users – even outside the traditional opening hours. The items that can be borrowed include fiction and non-fiction books, music CDs, audio books, magazines, DVDs and Blu-Rays, Tonie boxes and Tonies, TipToi pens and the books to go with them. The library can also lend e-readers and GPS devices.

The library provides free internet access for surfing and research purposes. If that is not enough for you, you can use the free municipal Wi-Fi with your own laptop or tablet. Study aids for all kinds of subjects are also available on site. The school student center in the basement, with tables for studying together in small groups, is the ideal place to make use of all these options.

Bibnet-Onleihe (German only), the library’s online lending service, can be used from the comfort of your own home. More than 22,000 e-books and audio books are available around the clock. Newspapers and magazines on various topics from all over the world can be read via the BibnetPress. Local daily newspapers as well as newspaper giants such as The Washington Post are also available.

People who prefer to do their research at home will find a broad-based encyclopedia with many pictures and sound files in the Brockhaus Online Encyclopedia. In addition, books and essays can be ordered from library universities for a small fee, so that academic work can be done even when you are nowhere near the university. The online services can be accessed with the library's user number and a pre-generated password, which can then be changed at any time.

If something is missing or you have an unusual request, the library staff and the support association of the library, Pro Literatur, will help you. The association does all the things that the library cannot do in normal operation and so significantly enriches the library's everyday life. For example, it organizes exhibitions as forums for local artists.

From a municipal library to the library of Monheim am Rhein

In 1901, a public library was founded under the then mayor Philipp Krischer. This makes the public library the oldest cultural institution in Monheim.

In 1939, public libraries were also founded in Baumberg and Hitdorf (then still part of Monheim). During the war years, the libraries were administered only provisionally and were rather insignificant. It was only on April 1, 1949, that books could be borrowed regularly again in the three communities of what was then the Monheim district.

In the meantime, the library had found a new home in the school on Lottenstrasse. Old statistics show that, at least in Monheim itself, one in three residents used the library. The year 1958 marked a new chapter in the history of the library: it moved into the youth center on Krischerstrasse and changed the lending system to the customer-friendly open access system.

In 1970, a full-time manager was appointed for the first time, due to the increasing number of tasks. Elisabeth Schumacher held this office until 1997 and was then followed by Martin Führer as library director.

In the 1970s, the population of Monheim grew steadily, and many young families settled in Monheim. In the up-and-coming city, the need for more space arose once again. In 1974, the library moved into attractive premises in the educational and cultural center at Tempelhofer Strasse 13.

In 2008, the council decided that the library would no longer be run by the City, but would be transformed into a non-profit society – the "Bibliothek Monheim am Rhein gemeinnützige Gesellschaft mbh," with the EKZ Bibliotheksservice as its shareholder. Martin Führer took over the management of the library. Since 2014, the library of Monheim am Rhein has once again been a municipal institution, integrated into the education and culture sector. It has since included gaming and close cooperation with other educational institutions into its fields of work. After Martin Führer retired in 2019, librarian Nadja Kläsges took over the management of the library. 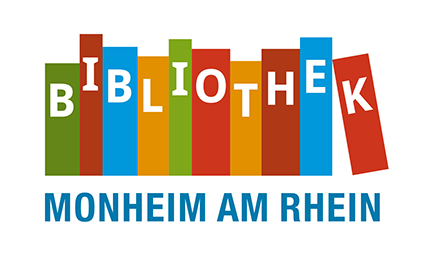