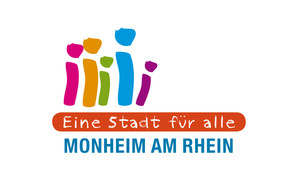 Every person is unique, and everyone can contribute to a society that appreciates diversity, actively promotes participation and enables all of its members to be involved. No-one is excluded. Appreciation for everyone in the community: that is the idea of inclusion.

For inclusion to become a reality, as many people as possible from as many different areas of society as possible need to help shape the change processes that are prerequisite to inclusion and actively promote the fact that everyone – regardless of their physical, emotional or social situation – can fully and equally take part in societal processes.

In 2013, the City Council of Monheim am Rhein unanimously voted to launch a process called "Inclusion as a City-Wide Challenge." An opening event under the title "Inclusion Starts Here – Monheim am Rhein, the City for Everyone" with 80 participants took place in June 2013.

In 2015, the City Council of Monheim am Rhein unanimously adopted the "Monheim inklusiv" action plan.

The action plan forms the basis and future guideline for turning Monheim into a "City for Everyone." Mayor Daniel Zimmerman and the town's Inclusion Officer and First Councillor Roland Liebermann were highly pleased with the Council's decision, which showcases its clear commitment to the cause.

The City of Monheim am Rhein has been working on eradicating disadvantages and providing disabled access to many public service facilities with great dedication for many years now. To structure the existing activities, concepts and plans and to make sure that the city-wide approach is in line with applicable legal regulations, the City had already passed a resolution on March 13, 2013, expressing its willingness to enter into a comprehensive change processes together with the town's residents.

The process kicked off on June 22, 2013,  with a successful meeting, attended by many of those involved in the process at the Bürgerhaus (community center) of Baumberg. Just over a year later, on September 17, 2014, the Council decided that the strategic goal of actively shaping demographic change and creating an environment that was fair for every generation would be subsumed under the newly worded goal: "Monheim am Rhein regards itself as a 'City for Everyone,' where inclusion is practiced at every level."

The action plan that has now been presented is the next milestone on Monheim's journey towards becoming such a city. Results from seven working groups, consisting of numerous Council members and many residents of Monheim who volunteered to play an active role and contributed with their ideas, have been included in the plan. "Consequently, the action plan is the result of the process to date, and serves as a guideline for what we are planning to do over the next couple of years," Mayor Daniel Zimmermann and Inclusion Officer Roland Liebermann explain. "We would like to thank everyone who contributed to the plan and would also like to encourage others to actively support us in building a City for Everyone in future."

To this day, a lot of the measures have already been implemented, making Monheim am Rhein a pioneer in the area of inclusion.The action plan will be updated in spring 2021 and a conclusion on the measures taken will be drawn. The latest status of the action plan can then be found on this website.

In December 2016, the members of Monheim am Rhein's City Council unanimously voted in favor of expanding the "Aktiv zusammen leben," or "Actively living together", project, which had already been funded to the tune of €10,000 per year, into a new miniature project exchange under the title "Aktiv inklusiv!".

Every citizen of Monheim and local non-profit organizations, institutions and clubs can now submit applications to the City's Inclusion Office for significantly higher subsidies than before to support initiatives and projects that serve the goal of city-wide inclusion. The "Runder Tisch Monheim inklusiv", or "Monheim inklusiv round table," is the body that decides on the distribution of the funds according to the inclusion process. If required, existing working groups that are part of the "Bürgernetzwerk Inklusion", or "citizen's network for inclusion", can be consulted on issues concerning the subsidy structure. The new exchange format now has a total of €25,000 in funds to distribute each year.

Funding goes to initiatives and projects that make a clearly identifiable contribution to more inclusion in line with the "Monheim inklusiv" action plan. Funded activities need to promote togetherness and must be targeted at eliminating exclusion through others and at overcoming existing barriers. In particular, funds should go to projects or initiatives that are more than just a one-off activity, but that have the potential to become regular events with lasting effects – in other words, that are the building blocks of a "City for Everyone."