Diversity is a treasured part of everyday life in Monheim am Rhein. Monheim regards itself as a "City for Everyone", where inclusion and equal opportunities are a daily reality at every level. To make this happen, the City Administration encourages encounter and dialogue between different people and cultures to promote mutual understanding and successful coexistence. This way, Monheim am Rhein can develop into a place where everyone can actively participate and no-one is excluded.

Citizens with an international family background are represented by the

Integration Council, which is also the expert body for living together in diversity. Apart from face-to-face encounters, other measures that provide hands-on experiences of diversity and enable contact with other cultures are the lively exchange Monheim maintains with its

six twin cities and the free

Interrail passes it offers its youngsters.

This year, the Intercultural Fair Weeks will take place from September 17 to October 3. All interested parties are once again called upon to create interesting activities and events under this year's motto #offengeht (literally meaning "being open works"). Possible aims could for example be fostering exchange, meetings and contact between people, or connecting global and local perspectives.

Inspiration for possible activities can be found on the

Fair Week website (in German). The City Administration coordinates the overall agenda, gives advice and supports those involved. Feel free to contact Naziha Zauaghi or Benedikt Rhiel if you are interested or have questions.

In 2020, Monheim am Rhein combined the Intercultural Week and the Fair Week to form a joint campaign period. The aim was to throw light on issues relating to living together in Monheim am Rhein and globally from different perspectives. Monheim's clubs, institutions, organizations and dedicated individuals invited people to discover a wide range of events and see the world and Monheim am Rhein with different eyes.

The Intercultural Fair Weeks will take place for the second time from september 18 to October 3, 2021. All active parties are once again called upon to create a colorful program in cooperation with the city administration.

Photos of the Intercultural Fair Weeks 2020 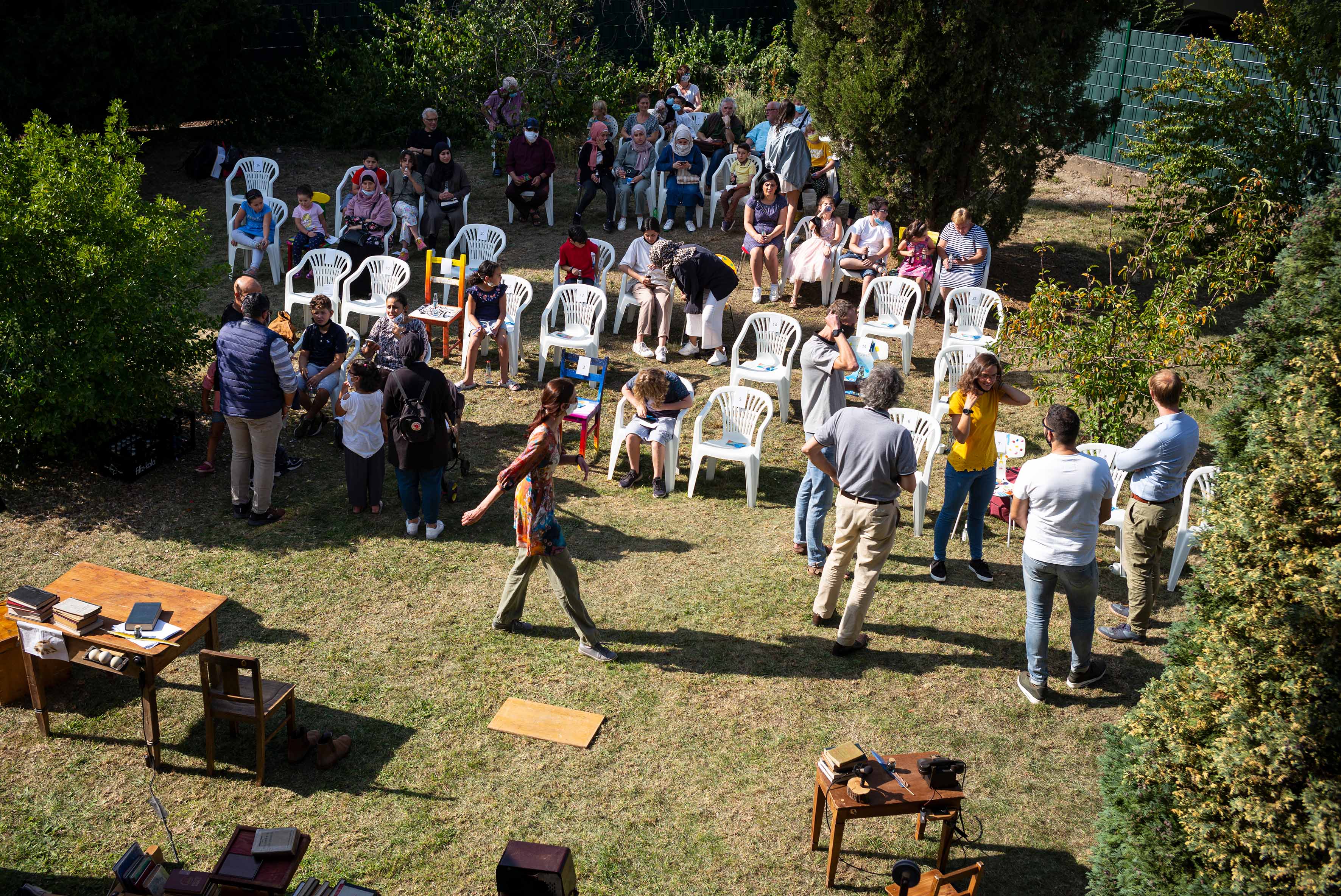 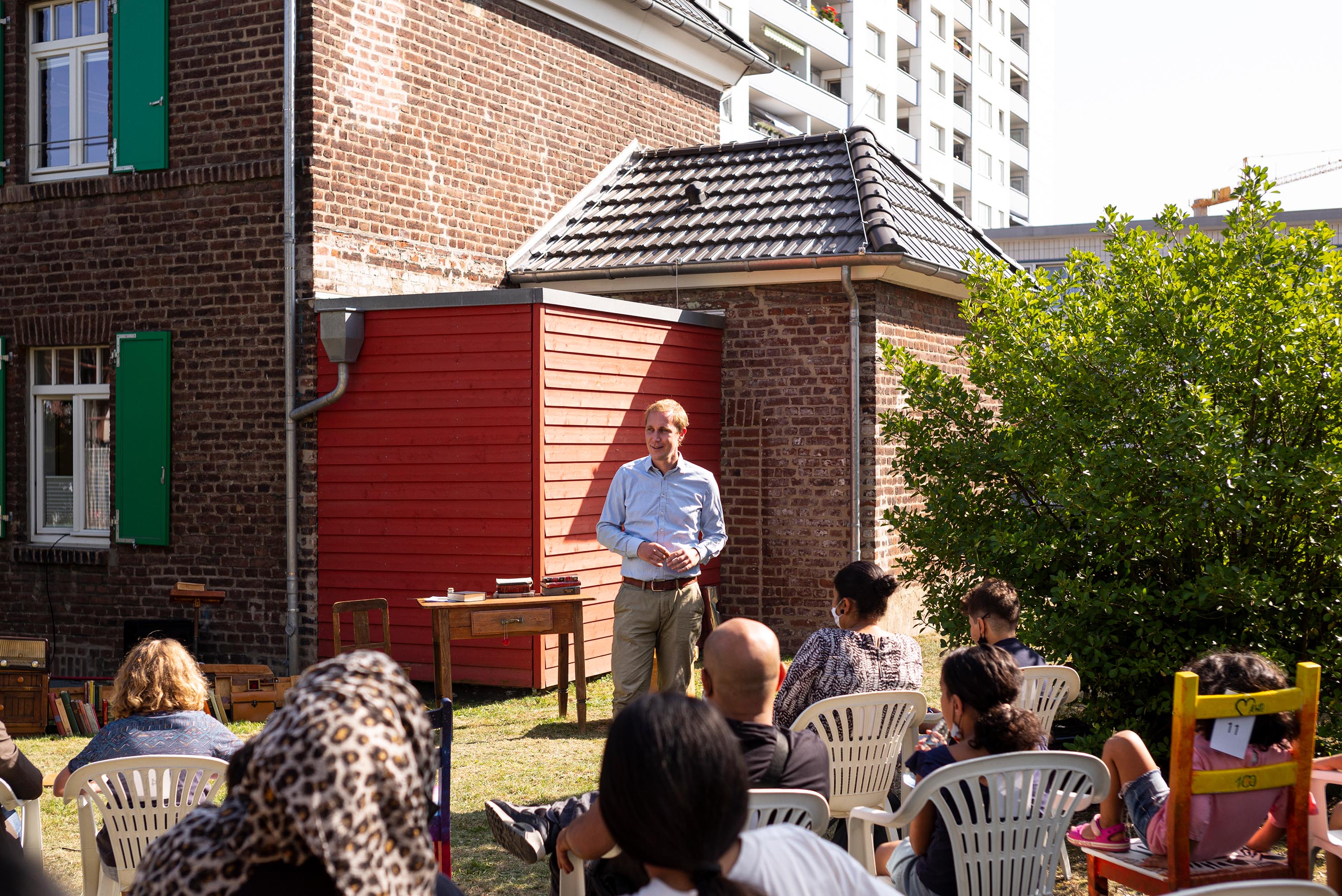 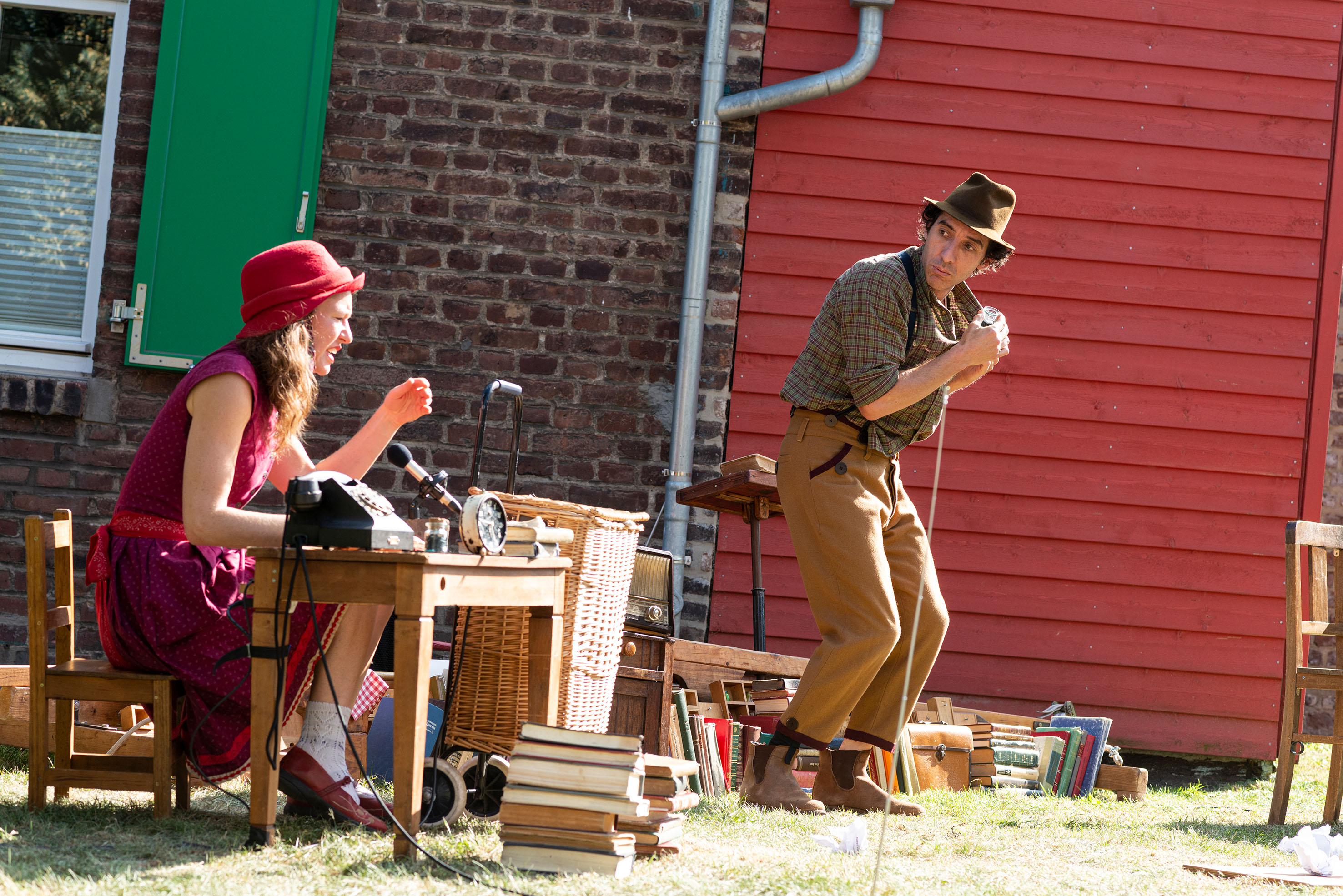 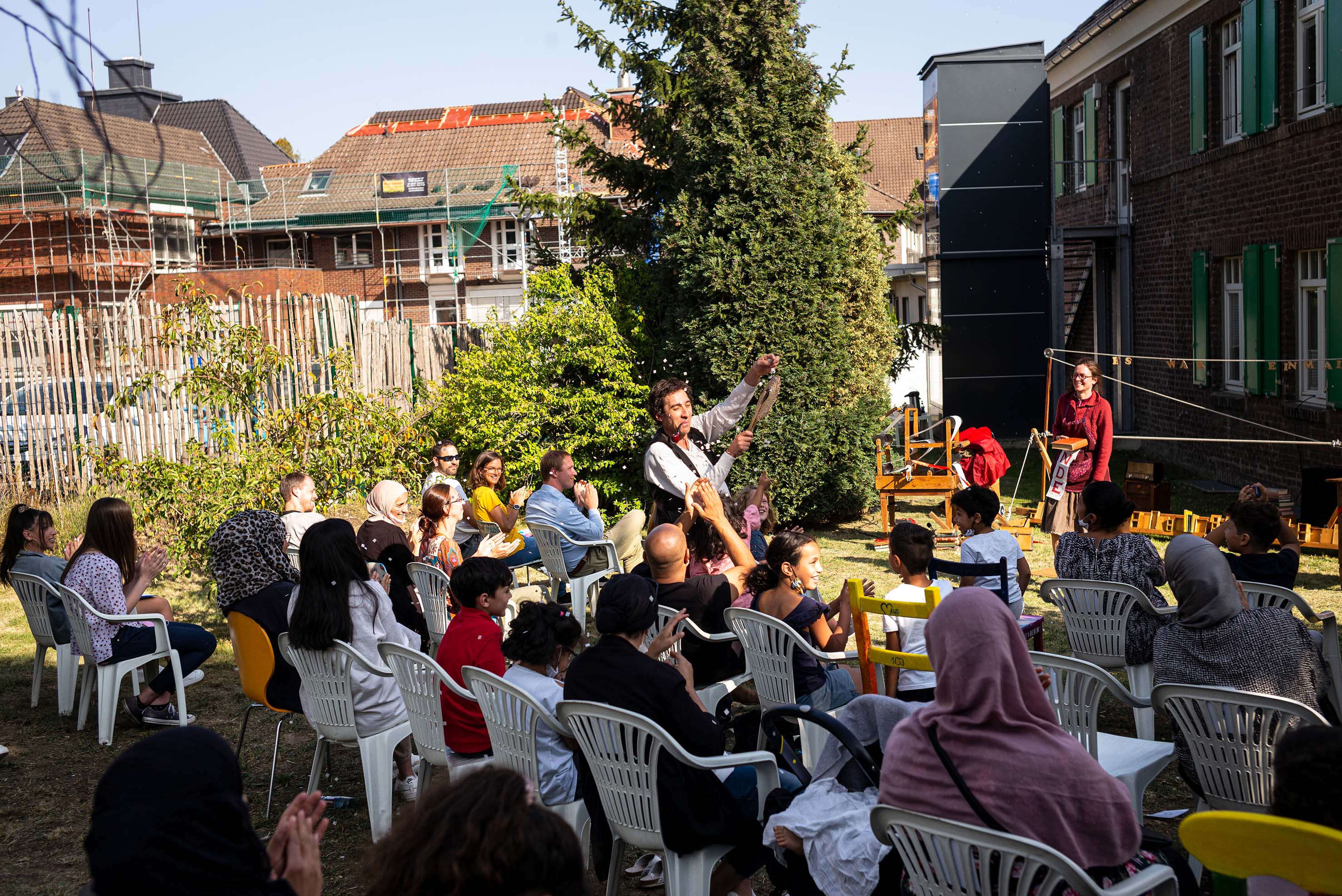 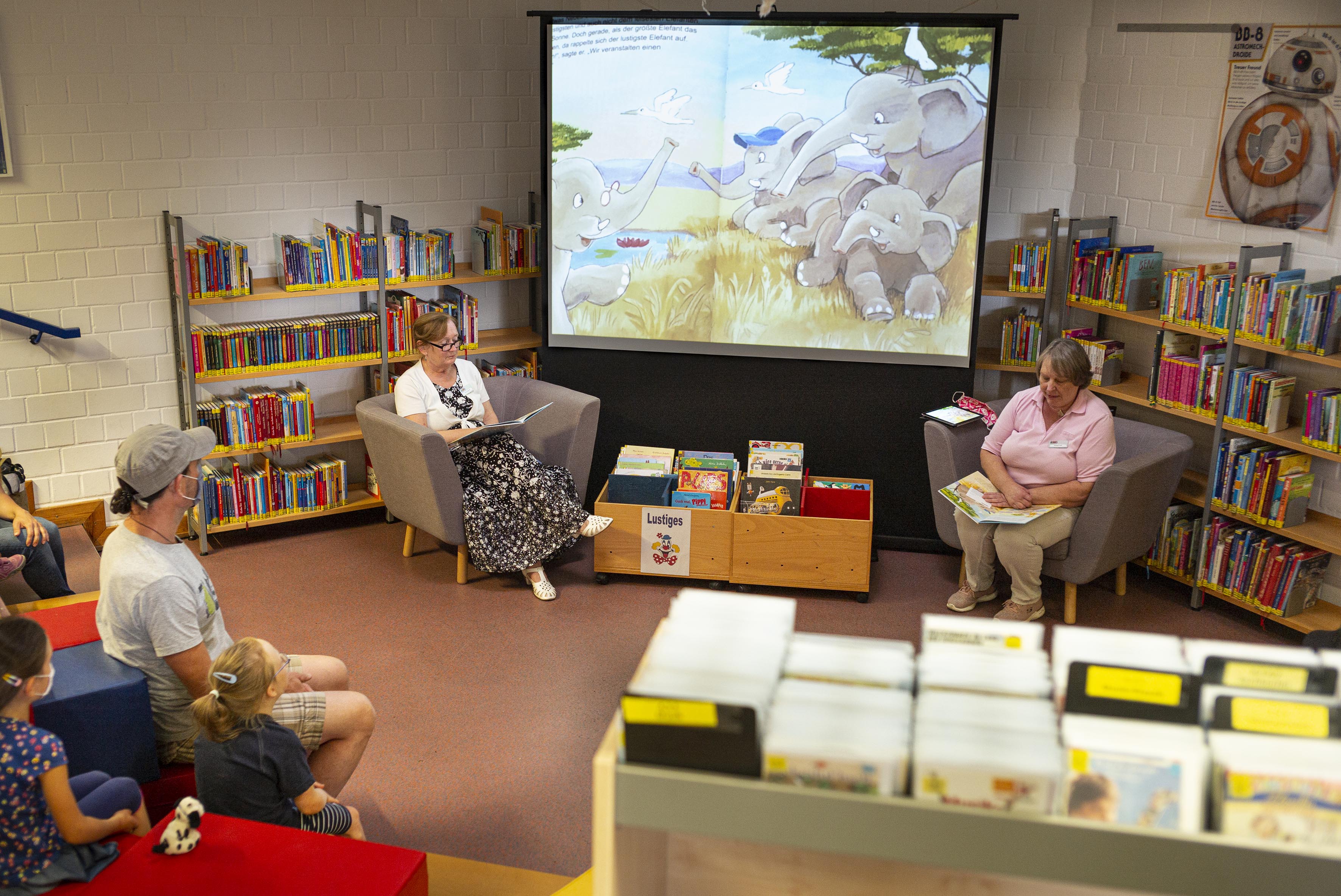 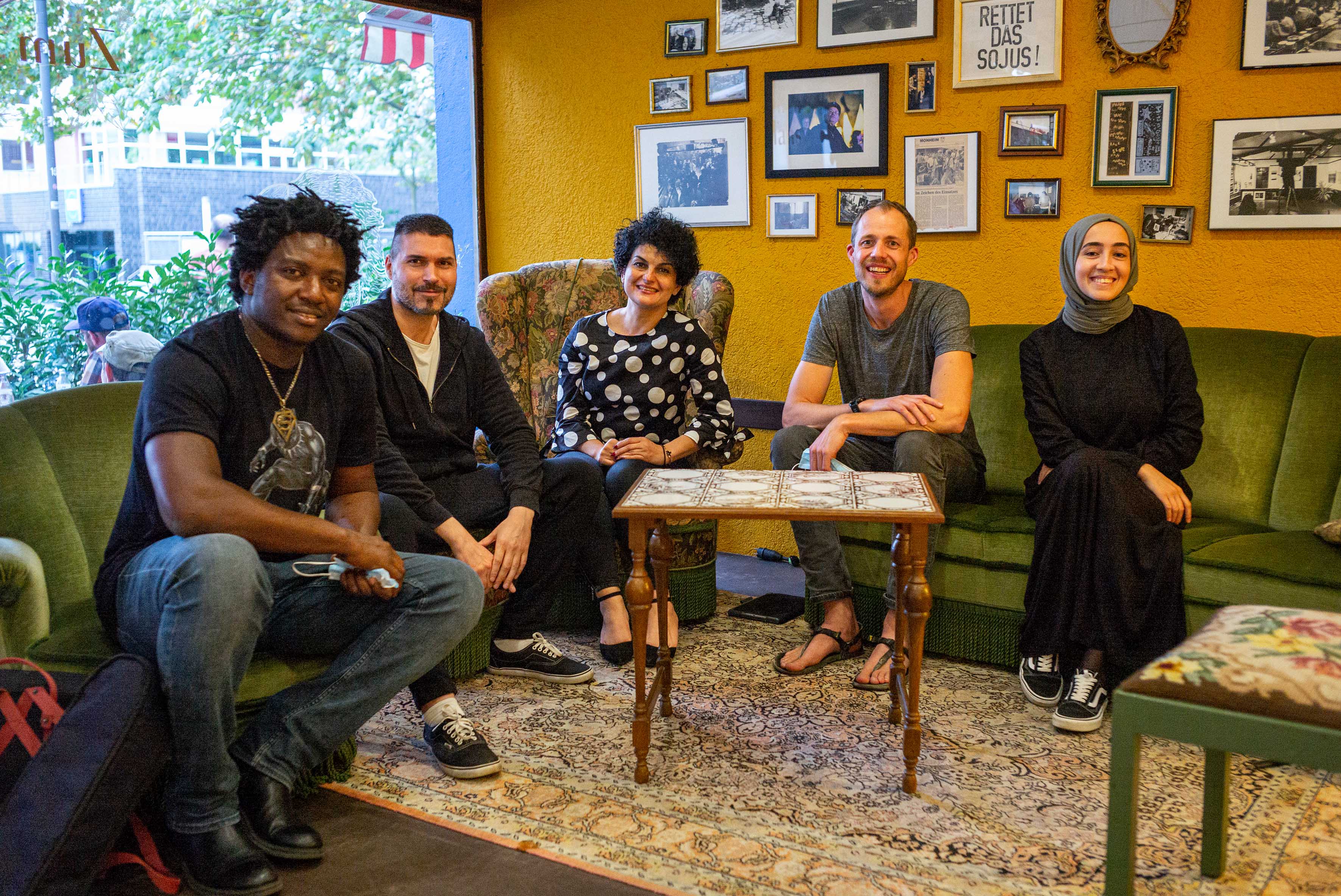 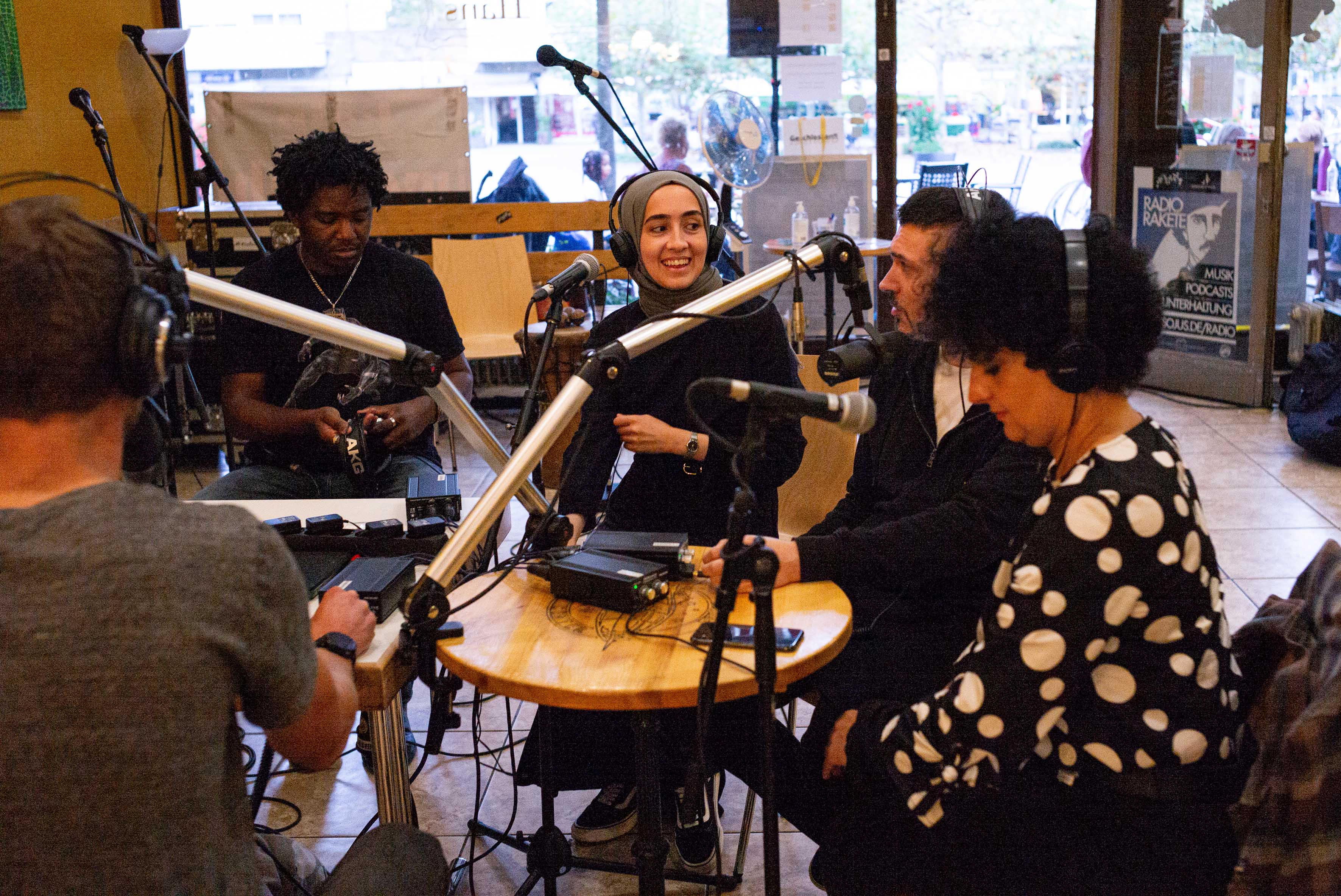 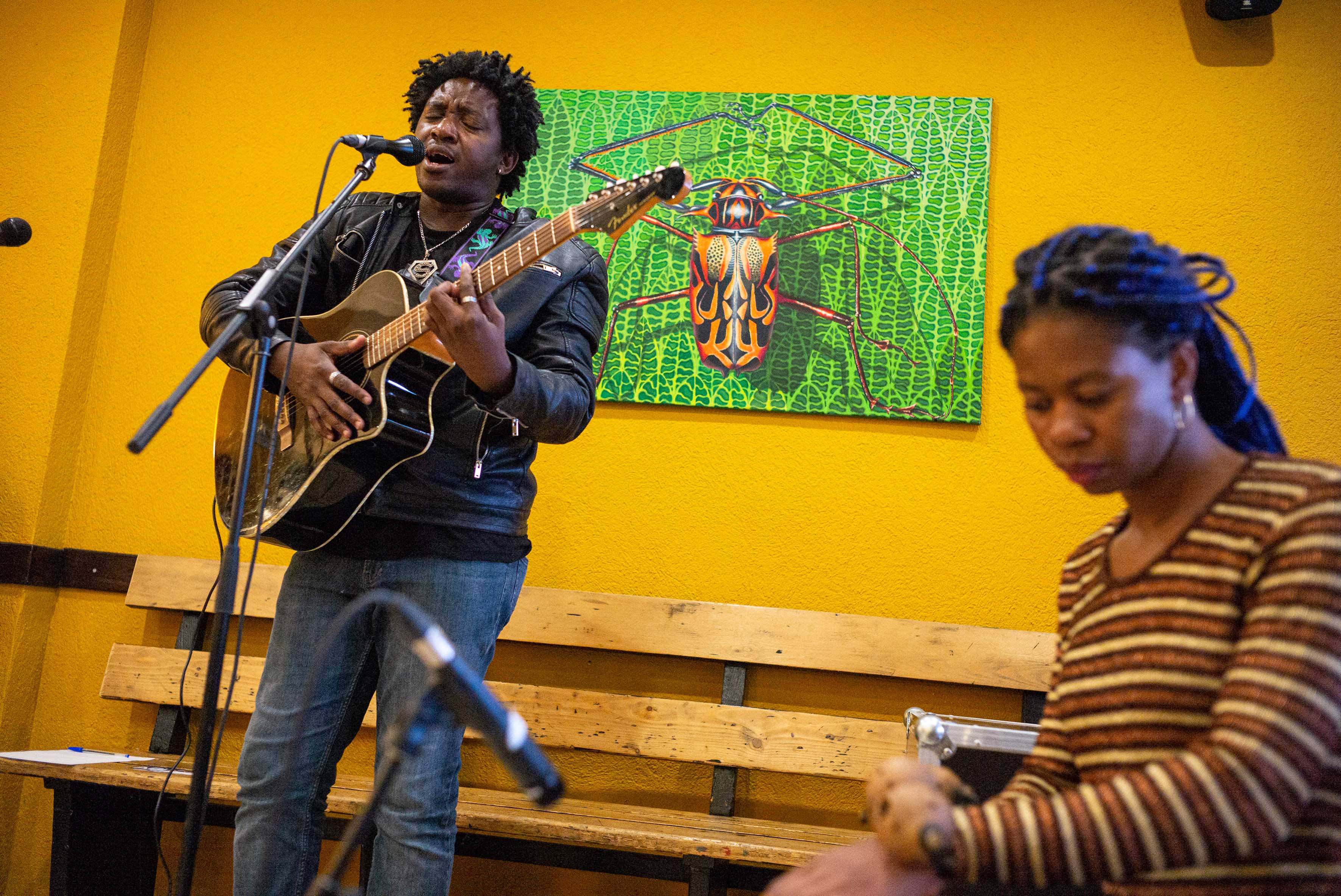 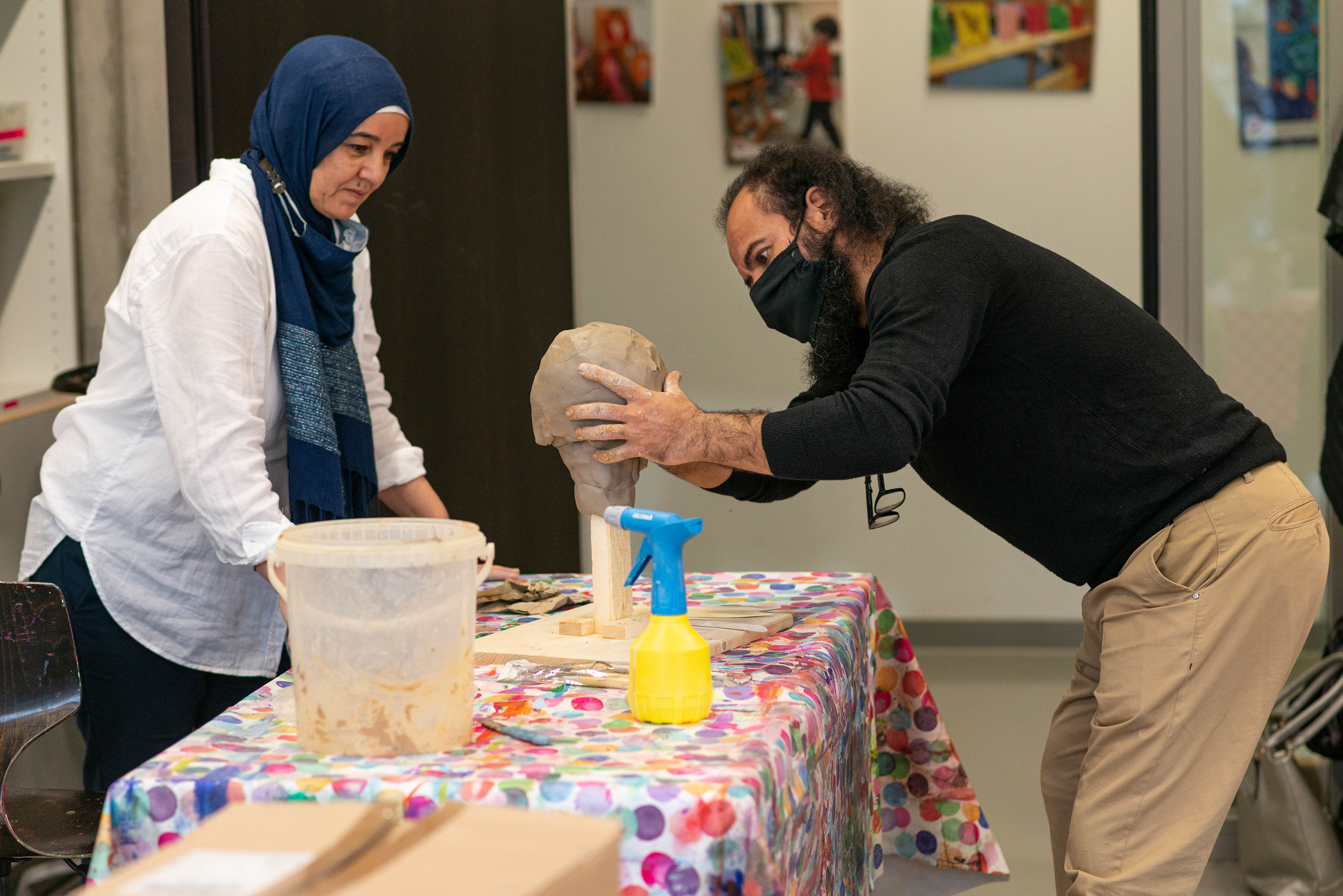 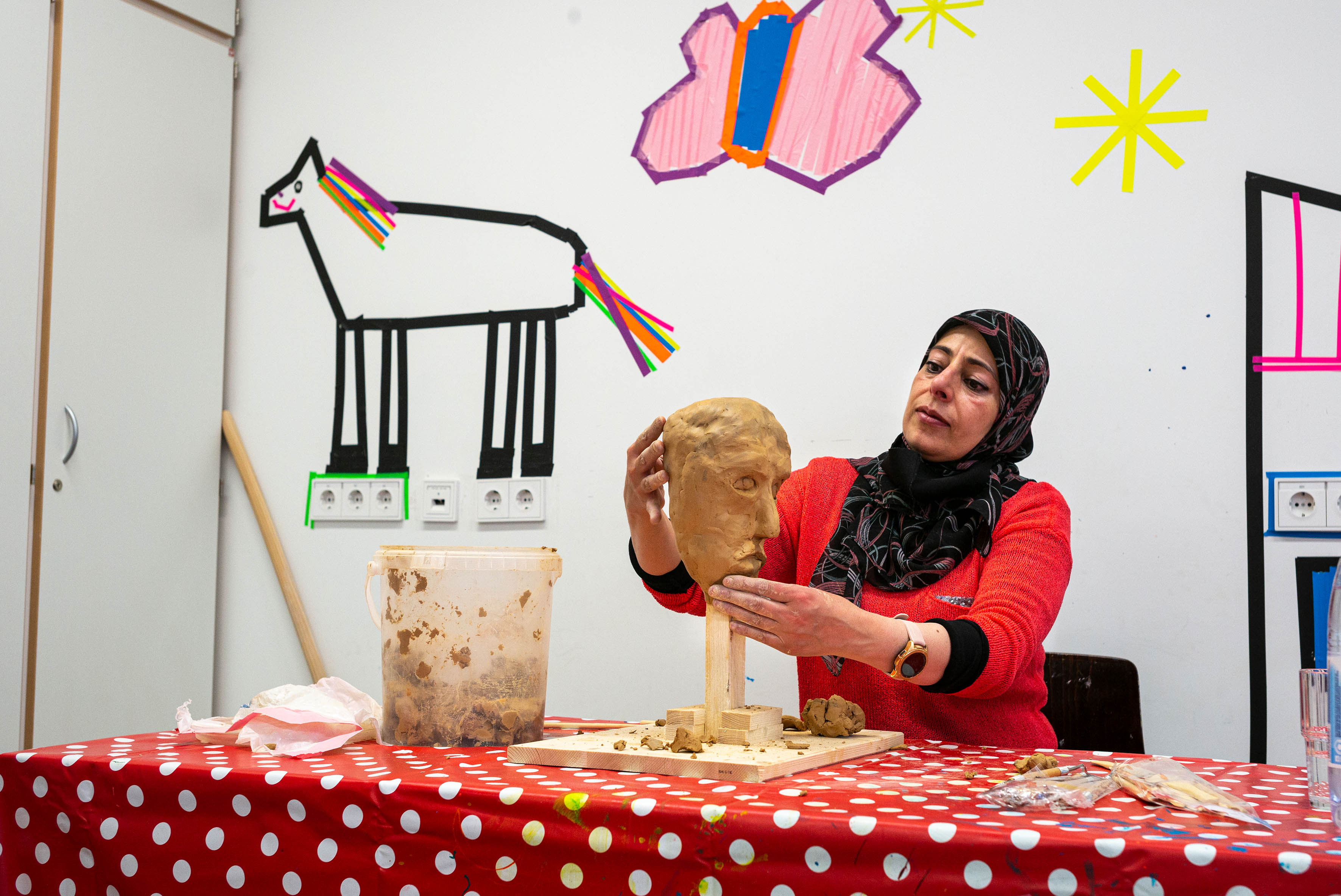 Since 2008, the City has granted an Integration Award endowed with €1,000 to individuals or organisations, associations, institutions, initiatives and legal entities that take an active stance for diversity and against discrimination, racism and inequality in Monheim am Rhein, promote equality and social participation or take action for the integration of people with a history of migration.

A jury consisting of nine members decides on who receives the prize. The criteria by which suggested projects and activities are assessed include their pioneering spirit, their innovative approach, their lasting effect and how high the proportion of voluntary commitment is.

Concept for Action on Intercultural Education

The “Concept for Action on Intercultural Education” in Monheim am Rhein is another step towards becoming a City for Everyone. The concept was unanimously adopted by the City Council in June 2020. Under the motto “Learn from each other - live with each other”, the City of Monheim am Rhein intends to continue promoting intercultural openness, tolerance and diversity. The City Administration actively opposes exclusion and devaluation and takes preventive action against political extremism and radicalization.

The Concept for Action on Intercultural Education was developed in a participatory process by the SO.CON Institute, which is part of the Hochschule Niederrhein university of applied sciences, under the direction of Prof. Dr. Beate Küpper. From March 2019 to January 2020, the joint team, consisting of university members and members of the City Administration, conducted interviews with experts and passers-by on the street and an carried out online consultations on the City’s “Mitdenken” platform for civic involvement.

In various workshops, the insights gained from these activities were translated into clearly defined next steps. The Concept for Action includes a detailed description of the current situation and recommendations for the City Administration. The results of the concept will also be included in the "Ten-Point Action Plan against Racism," an action plan that the City is developing as part of its efforts to join the European Coalition of Cities against Racism.

Concept for action on intercultural education

The first-ever Concept for Integration in Monheim am Rhein was unanimously adopted by the Council in 2012 to serve as the basis for integration activities. Ever since, the City has consistently pursued and expanded the topic. In 2016, the concept was further developed in a participatory process.

The next update of the concept is scheduled for 2021. It is intended as way of ensuring that integration and diversity continue to feature on the town's agenda in future, to set new priorities and give direction. Taking what has already been achieved further, the revised concept shall highlight new approaches for promoting coexistence and reducing structural inequalities and discrimination. In this context, the Concept for Action and Inter-Cultural Education and the updated version of the Concept for Integration should be regarded as elements that build upon and complement each other. The participatory process will be carried out with the support of moderator and communication specialist Prasanna Oommen.

Since June 2021, Monheim am Rhein has been a member of the

European Coalition of Cities against Racism. The coalition is a European network of cities that work together to combat racism and discrimination, exchange experiences with other cities on an international level, and develop measures and strategies together. The City of Monheim am Rhein is represented at the General Assembly of the Coalition of Cities.

As a member, the city is committed to implementing the

Ten-Point Action Plan against Racism. The plan is an instrument to illustrate, further develop and expand measures to promote equal opportunities and diversity and to combat racism and discrimination. The city's ten-point action plan includes recommendations and results from the Concept for Action on Intercultural Education and the Concept for Integration.