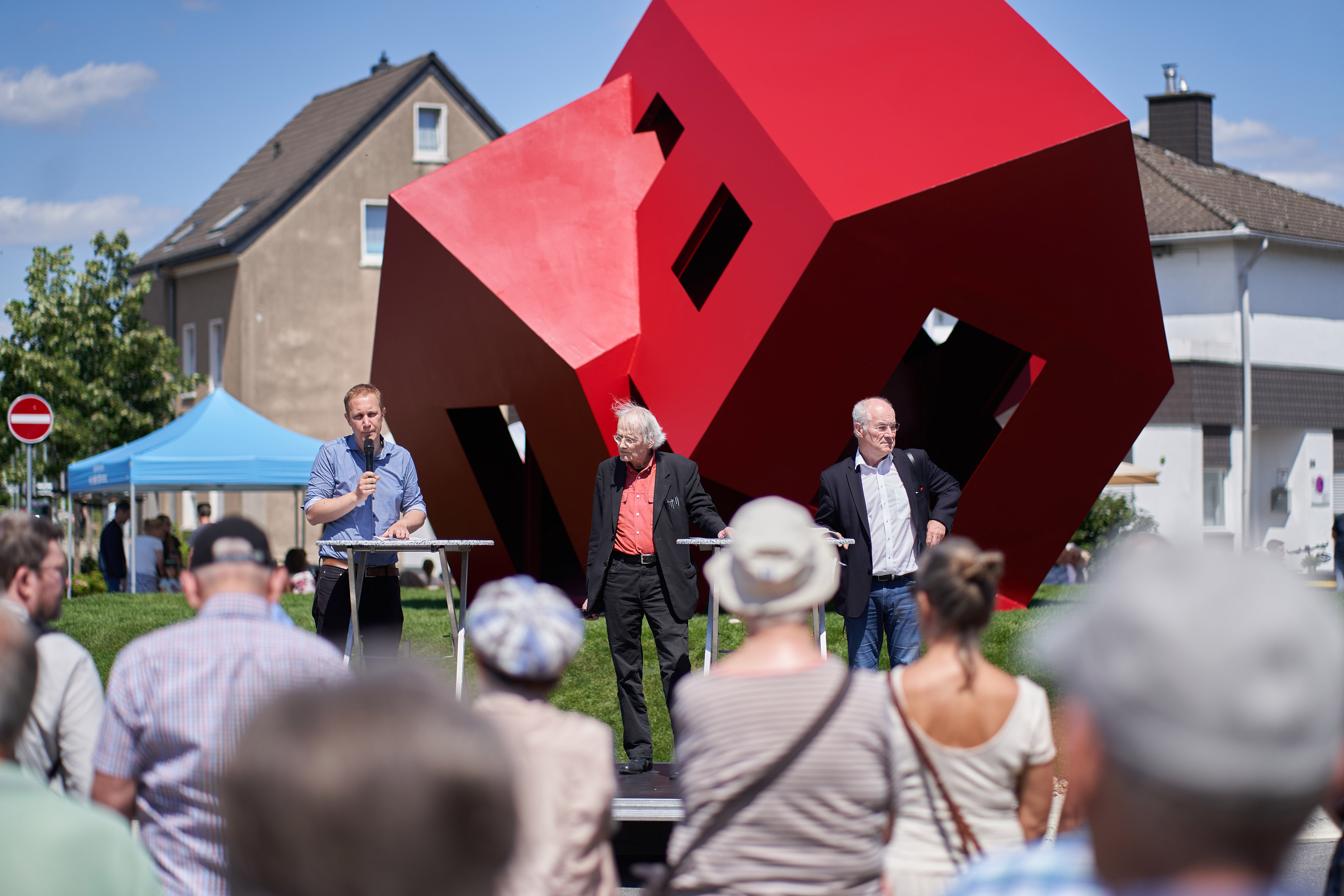 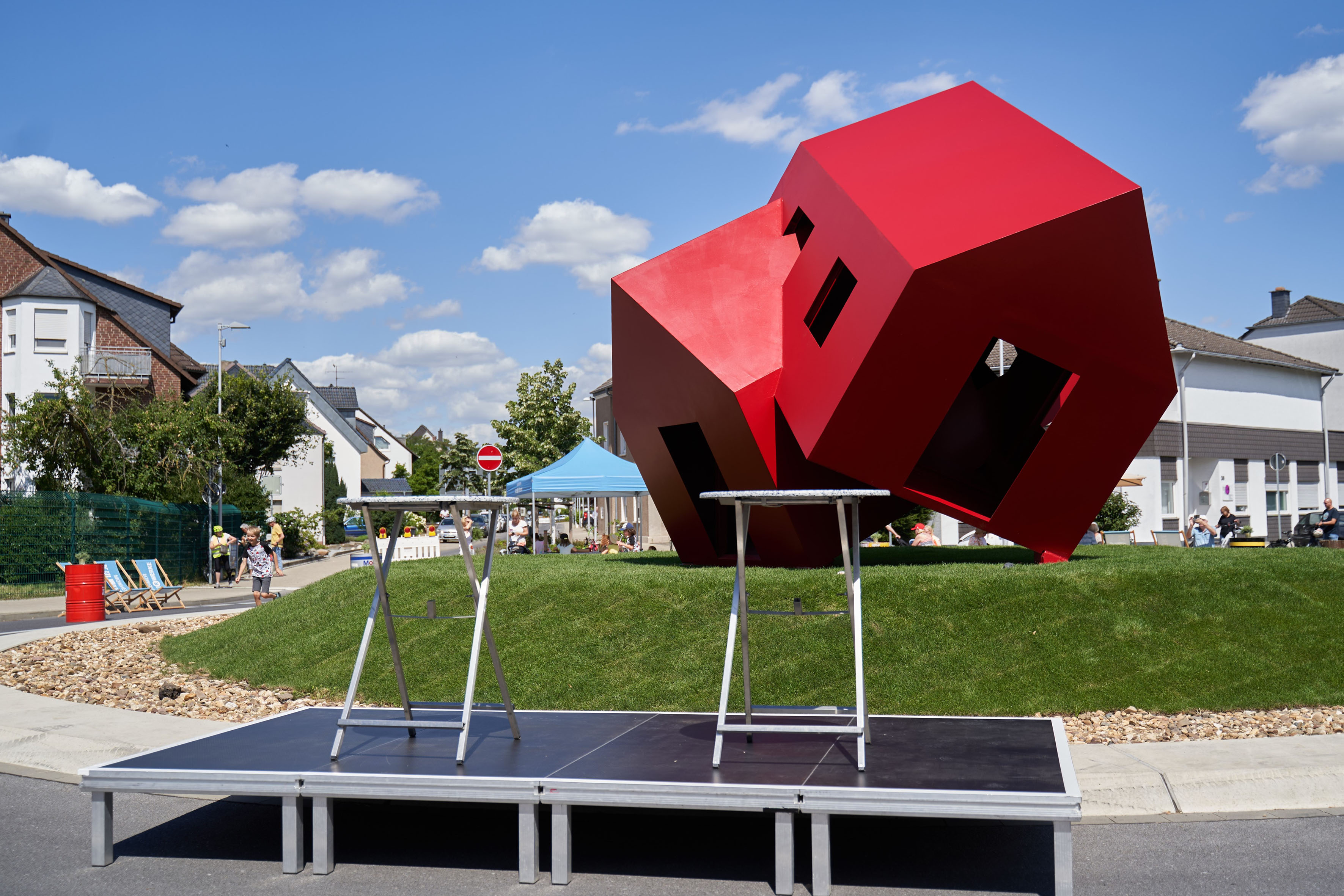 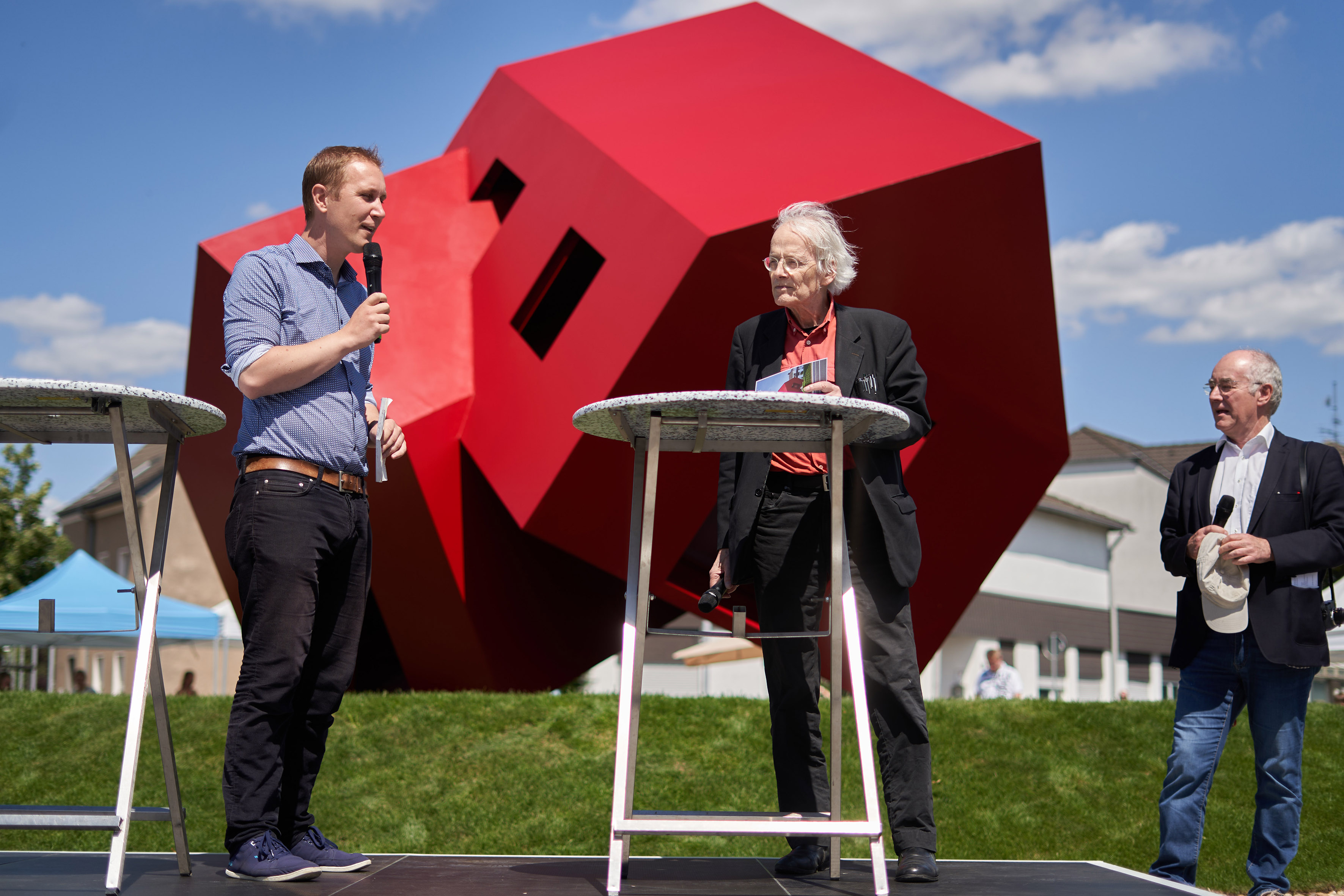 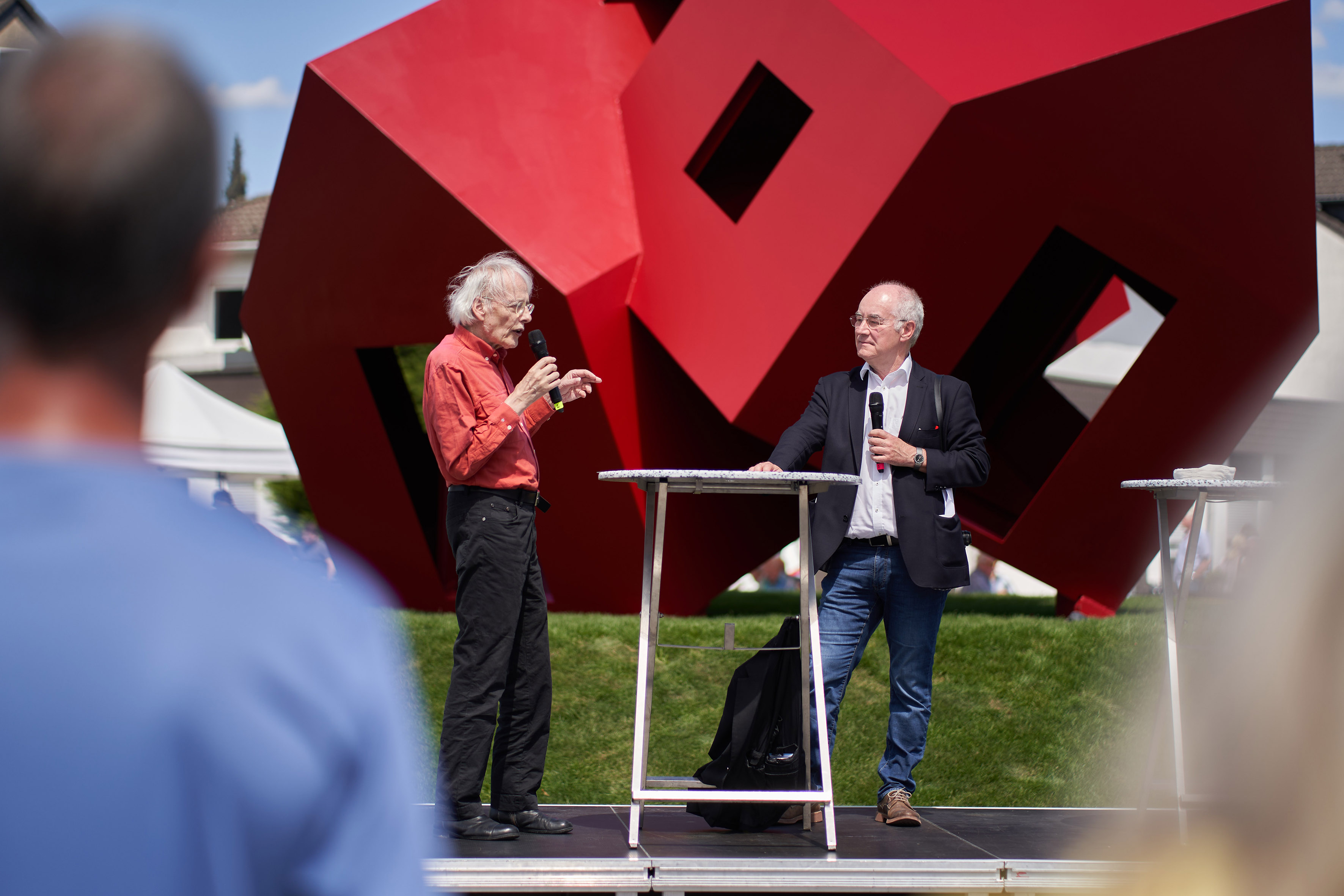 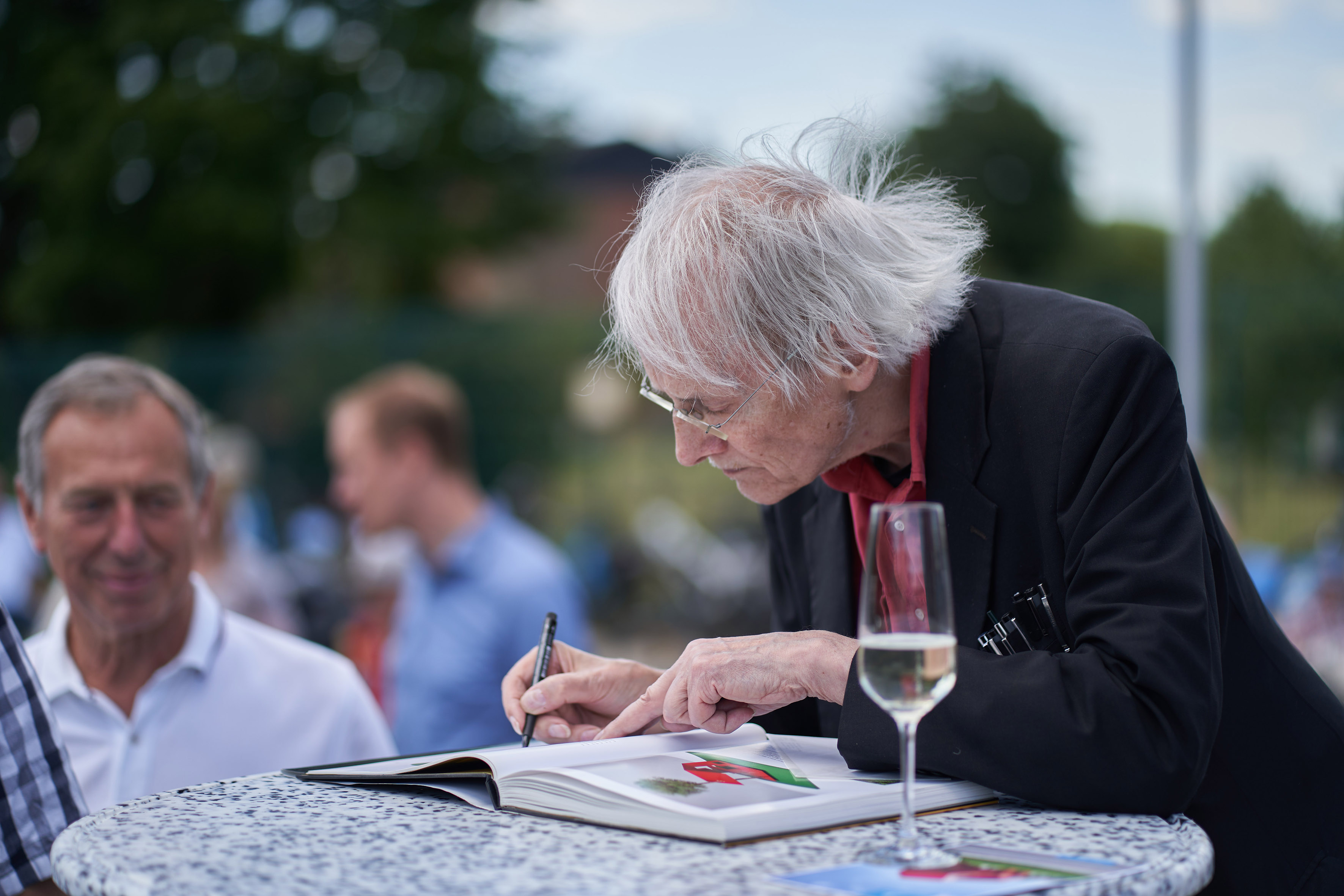 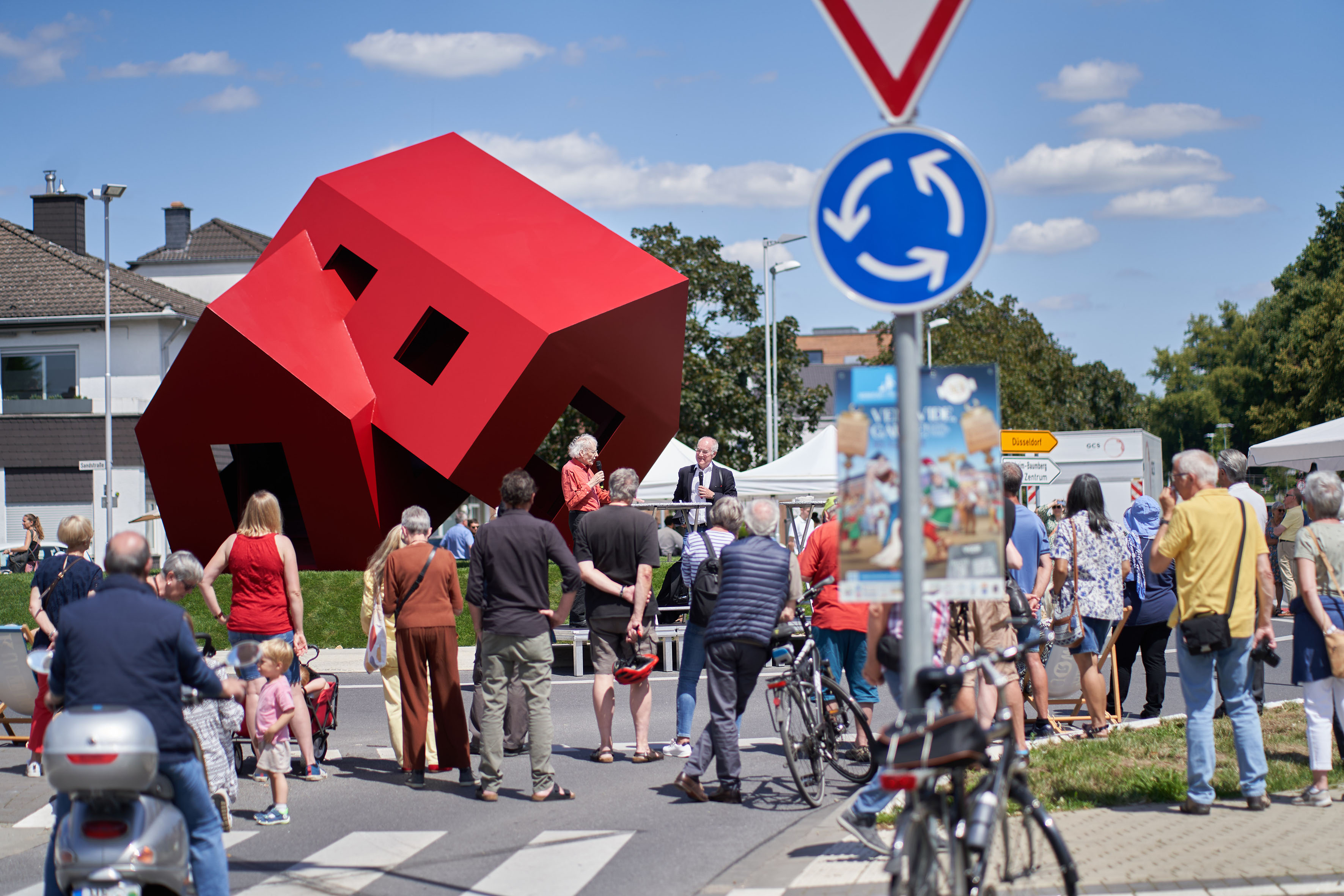 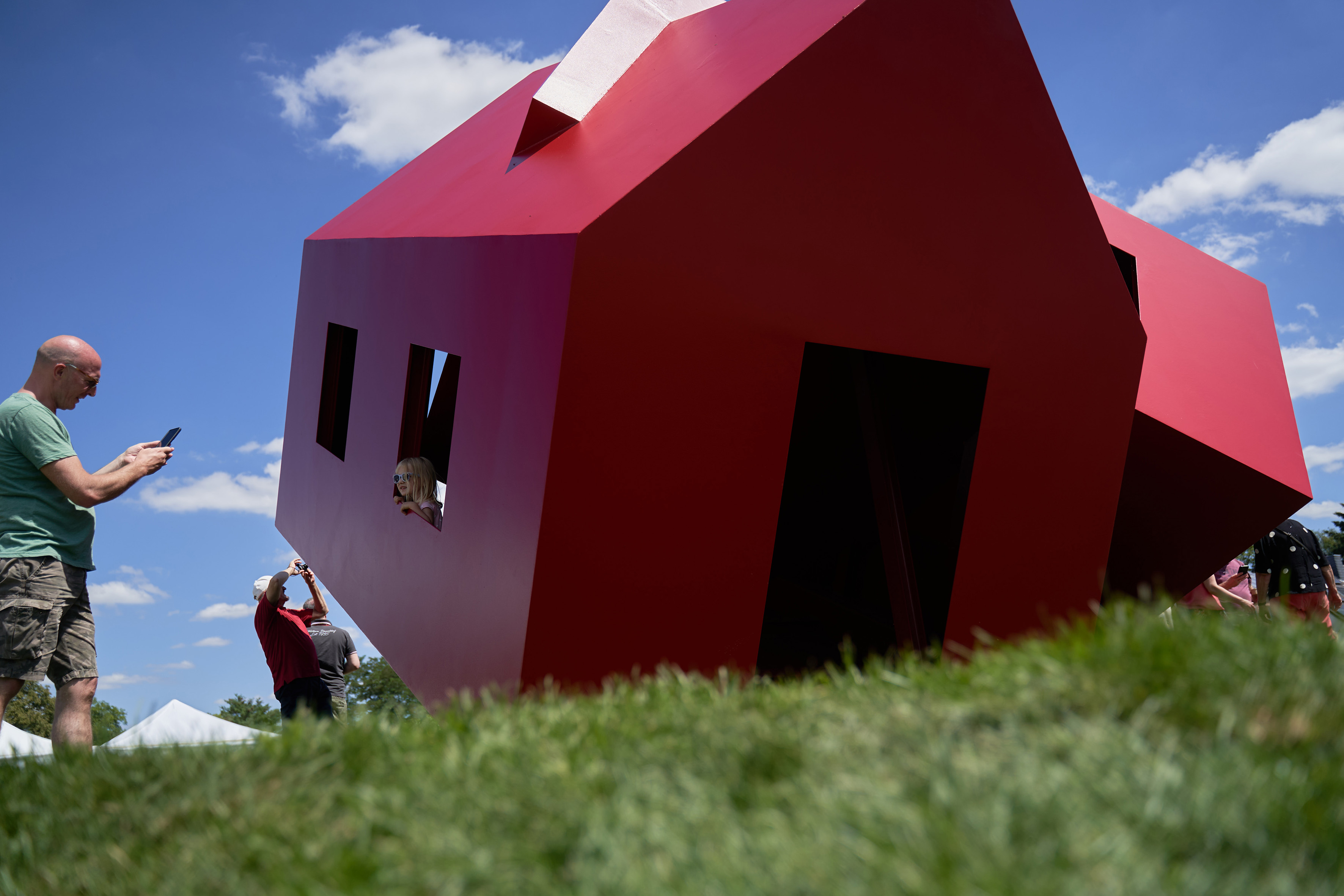 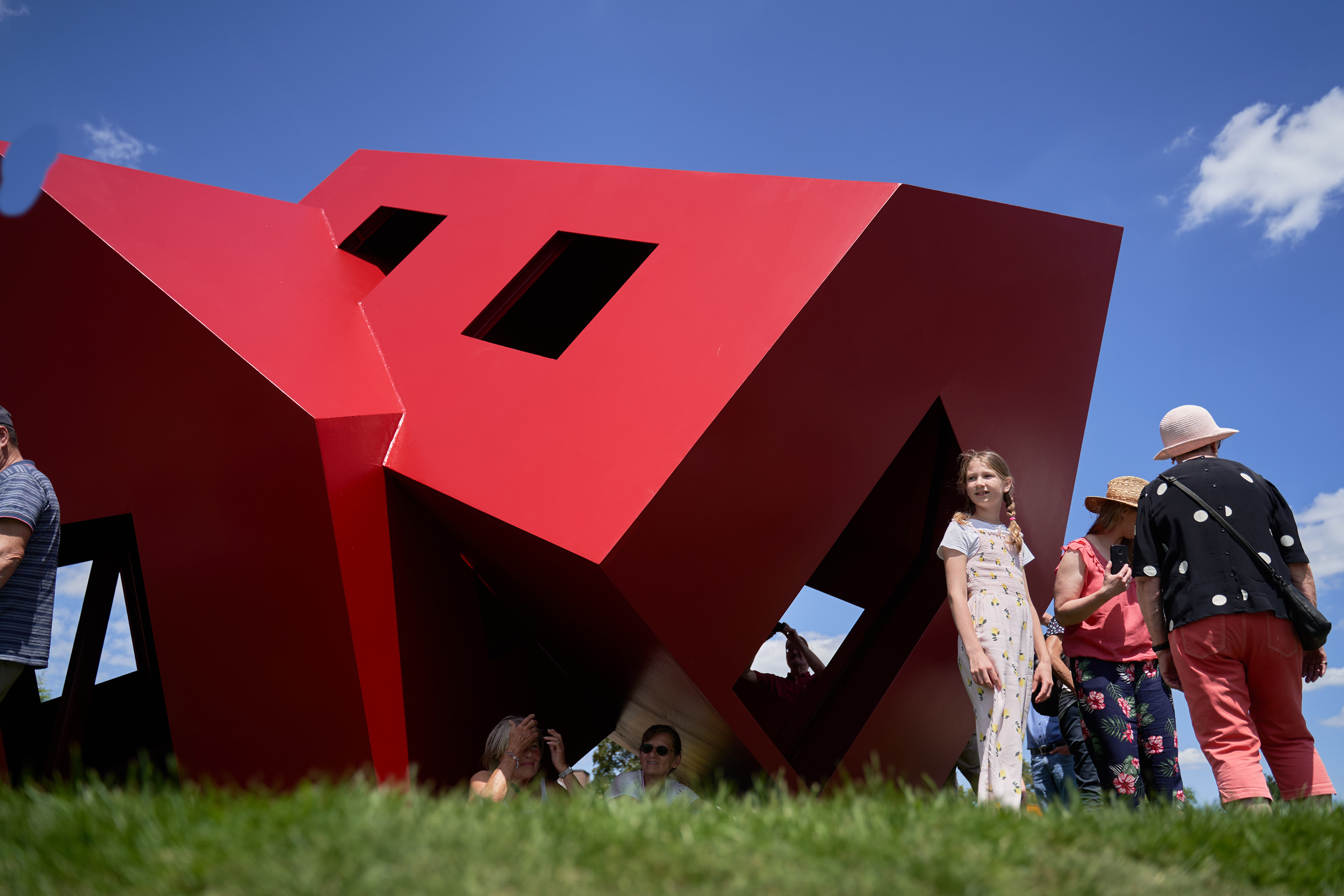 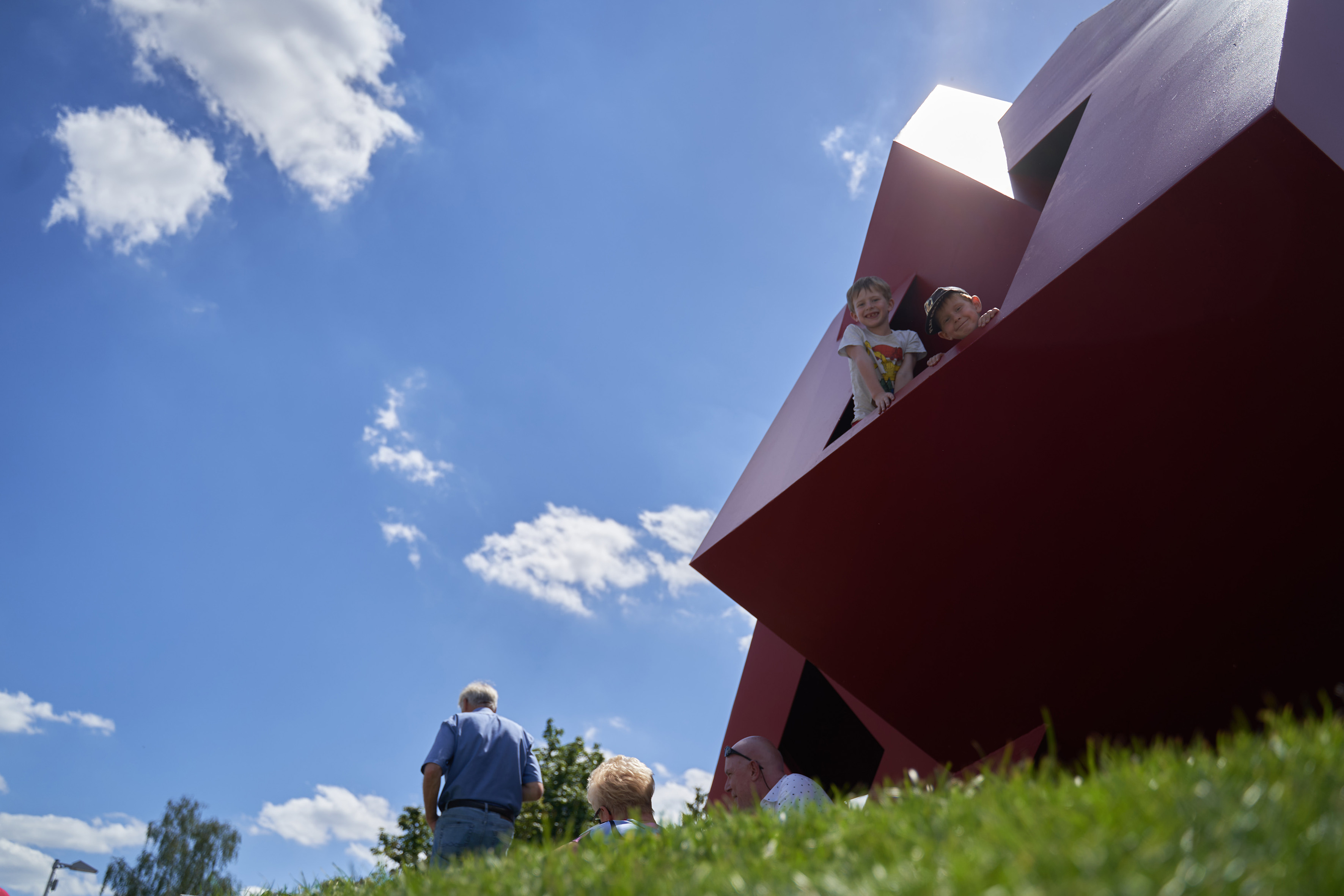 Since July 2022, a red sculpture that shines from afar has adorned the traffic circle on Monheimer Strasse in Baumberg. The work “im Duett” (Duet) by artist Timm Ulrichs (born in Berlin in 1940) consists of two tilted houses, nested in each other. Larger than life and made of heavy steel, they seem to merge, defying gravity.

The houses are identical; their simple, typical design with a gable roof, a doorway and four windows each makes them look like oversized model houses. The vivid, bold red references classic brick façades and contrasts with the green lawn surrounding the sculpture. The motif of the house blends in well with the surrounding residential areas. Timm Ulrichs seems to pick up on the situation that’s typical of the place and to humorously transform it. If it is normally the people themselves who move as actors in the rigid backdrops of the dwellings, here the houses themselves seem to be animated and detached from their ordinary function. In the midst of all the action, they seem to move and interact with each other. When pedestrians and drivers circumnavigate the traffic circle, the houses reveal themselves from ever new angles.

The impression that the two houses are “merging” with each other reflects the humor of Timm Ulrich, who likes to play with double meanings and the sense of words. Here, he metaphorically transfers the literal traffic of the street to the two houses, which unite with each other and are thus “in circulation” in several respects at once. The work can thus be interpreted in a cryptic way, but it also allows the viewer to simply enjoy the playful lightness that it radiates despite its monumental character.

Timm Ulrichs has realized artworks in numerous cities. The motif of the model house can be found among them in various arrangements. The way he plays with everyday motifs in unusual and often humorous perspectives is a characteristic feature of the extensive body of work that he has been developing in a wide variety of media since the 1960s. “Art is life and life is art” is the motto of the self-proclaimed “dead artist.” His artistic oeuvre includes conceptual works, sculptures, environments, photographs, video art, performances, actions, concrete poetry, wall works and text-based works.