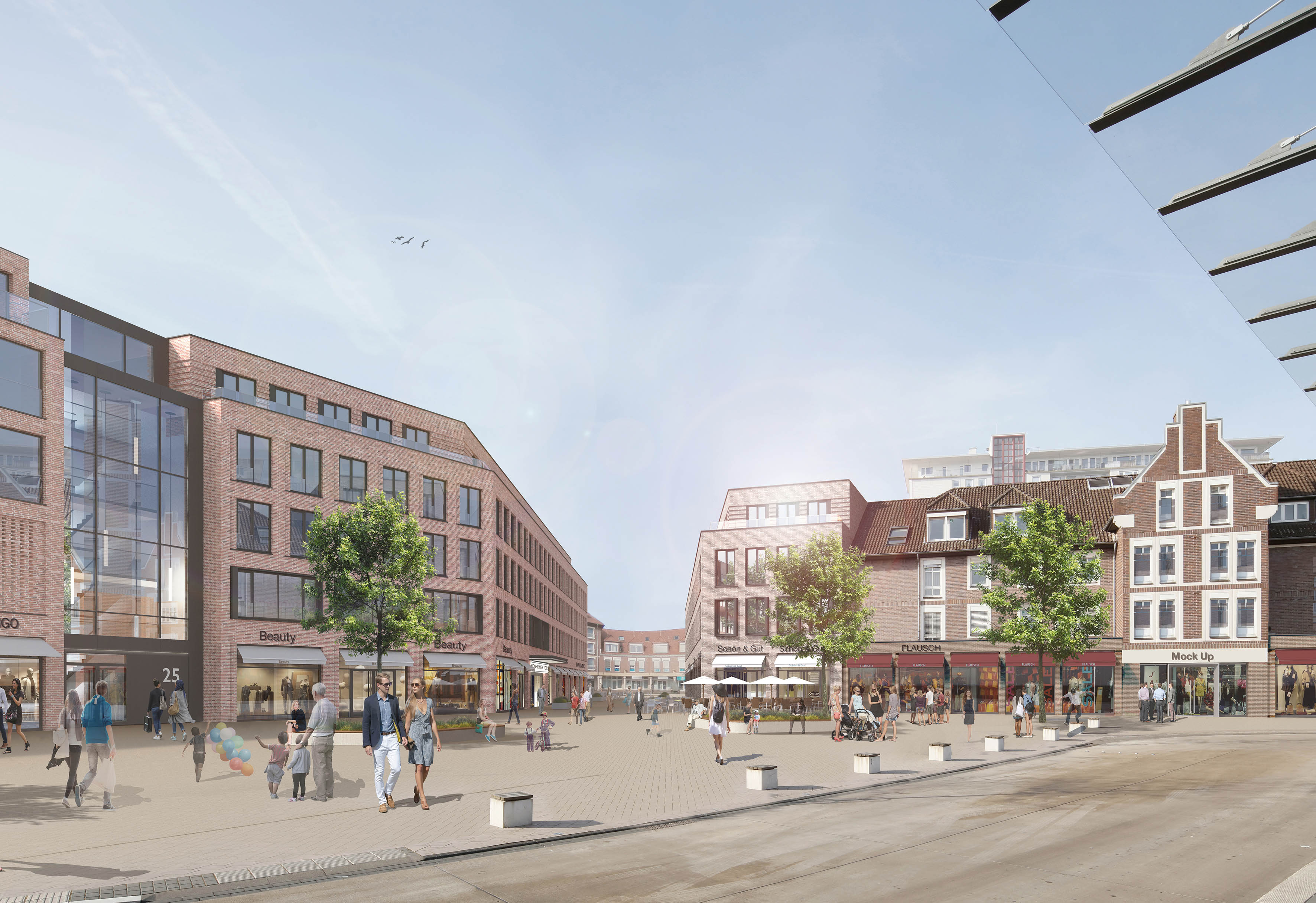 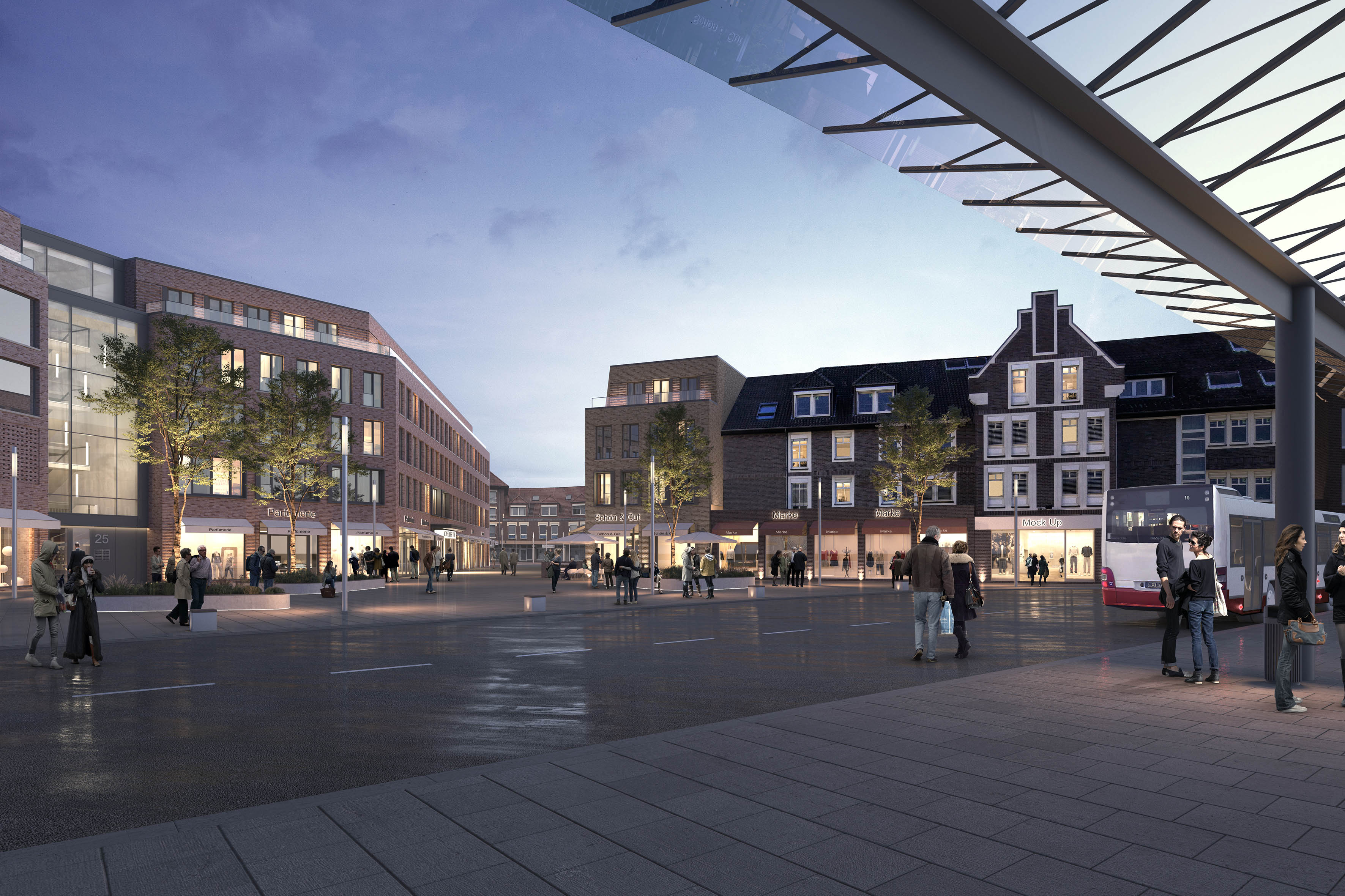 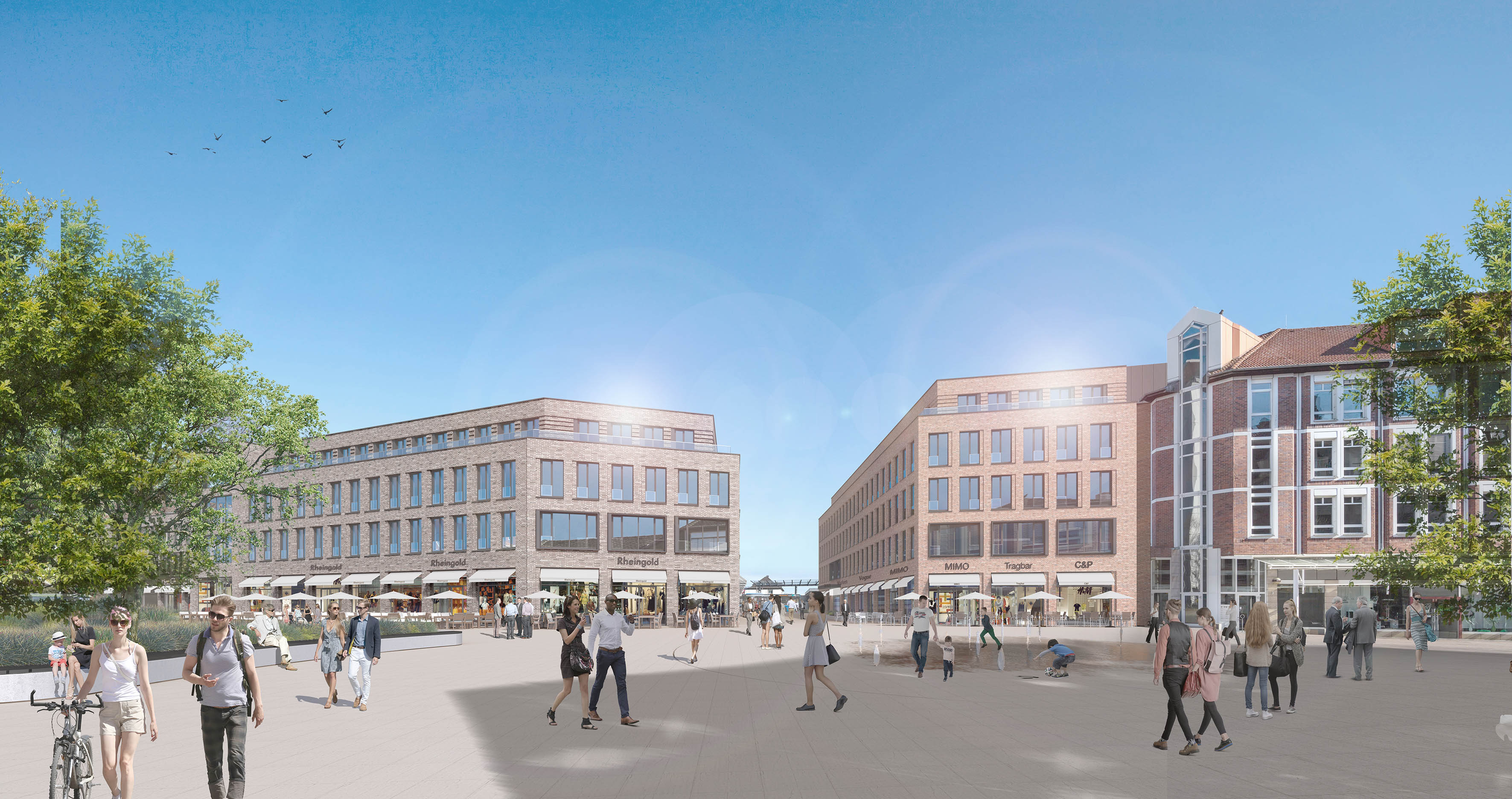 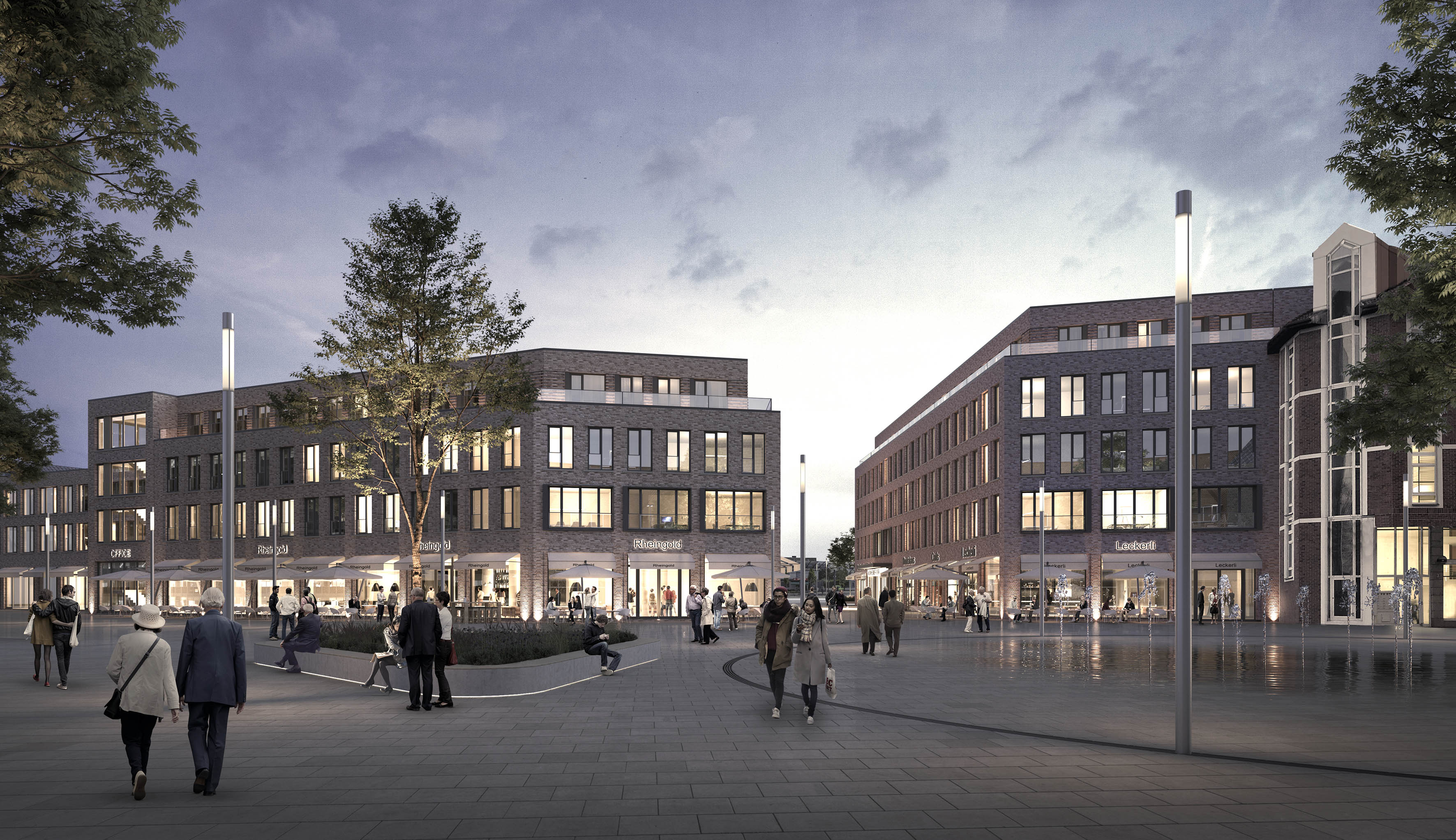 The conversion of the Rathaus-Center, the addition of another story to the Monheimer Tor and the redesign of Heinestrasse will create a new town center in the heart of Monheim.

Following the unanimous decision in December 2017 to buy the two aging shopping mall complexes, the planning of their conversion is now underway. In December 2018, the contract to redesign the Rathaus-Center was awarded to the bidding consortium of Böning & Glatzel/Heine Plan (Arbeitsgemeinschaft Mitte Monheim).

The planning provides for the following key points:

Better visibility for shops and restaurants

The first floor letting concept provides for the ideal tenant mix of restaurants, cafés and shops offering clothes, shoes, jewelry, stationery, flowers, health care and personal hygiene supplies and services as well as food and beverage stores. High shop windows will invite shoppers to come in and browse. In order to provide access to the existing Aldi and Rossmann shops, there are plans to build a short passageway with a mall-like atmosphere through the building. With the exception of a few shop units, which will be accessed through the mall, all shops will face towards the shopping street and the squares. The gastronomy areas will be oriented towards the shopping street and the squares and will create a higher quality of stay. According to the plans on hand, additional floors of office space will be added to the retail units in three places. The façades of these extensions will be clad with modern slim bricks.

In terms of urban development, the five-story extension to the south would then be adapted to the current existing building in the southern Rathaus-Center area and to the planned increase of the Monheimer Tor to a total of five stories. The façade of the Monheimer Tor will also be lined with bricks. The colorfulness and variety of architectural styles will be harmoniously combined to create a shopping district with a modern appearance – a real city-center ensemble.

A workshop and forum for citizens on the redesign and upgrading of Heinestrasse and Eierplatz square were held in June and August 2017. In addition, the City Administration consulted its citizens on the redesign of the Rathaus-Center in February and March 2019. A further citizens' hearing on the development plans took place on July 3, 2019. It is expected that, as of the end of 2022, Monheim residents will be able to shop in a top-class, modern new Monheim town center and enjoy the numerous indoor and outdoor offers of local restaurants and food outlets in the center.

Take a closer look at the

In addition to the Rathaus-Center and the Monheimer Tor, Baumberg’s Holzweg shopping street, with its 70s charm, will also be modernized in the coming years and turned into an attractive local shopping center.

The revitalization measures for the future Holzweg shopping street aim to not only generally improve visibility from the outside, but above all to improve the quality of a visit to the shopping area. There is already a great deal of trust on the part of retailers. With the "Baumberger Früchtehof", "Ballon Baumberg & mehr" and the "Monheimer Gewürzmanufaktur", three new retailers have already been acquired in recent months.

In order to create an environment that leaves retailers and their customers equally satisfied, a revitalization concept has been developed in the last few months in cooperation with the Düsseldorf agency "kplus konzept". The new name of the "Holzweg-Passage" says it all: "Holz" means wood, "Passage" means arcade in German. The façades in the row of shops will be redesigned and given a modern touch with framing and lamella elements in a wood look. With their concept, which is reminiscent of a shopping arcade, the professionals of the design agency that specializes in retail space are bringing more modernity and clarity to the shopping street. All the awnings will be replaced in a warm color concept that suits the façade design. In addition, the lighting and outdoor furniture will be optimized. And the floor covering in the Holzweg shopping street will also soon be given a fresh and uniform top layer. More light and new information pillars in the central entrance areas are intended to underline this inviting character once again.

Assistant to the Management